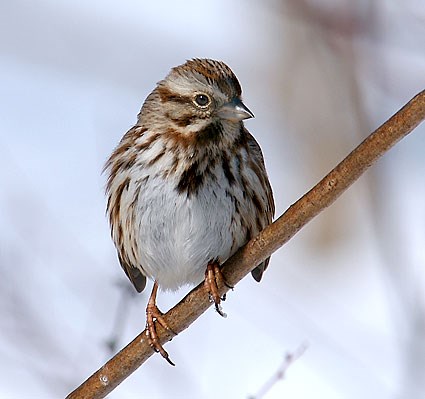 "There is a special providence in the fall of a sparrow."
William Shakespeare

Across the river, there lived a Sparrow amongst the poor. From a naked eye glance, you wouldn't have noticed her perched on a wayside branch.  Her brown mottled feathers blended in with the flock. You would've felt her presence, however and seen it in the eyes of anyone who was touched by her goodness.  They speak of it in whispers.  They smile bluesky smiles when they remember.  It has been a while since the warmth of her love offerings were received. Her spirit lingers.

Like everyone in her community, this Sparrow's nest was made of old world stories...... constant sorrows that often left her shivering at twilight when comfort was replaced by bitter drafts.  Whistling reminders of destiny's life script.  These were not scripts that assuring childhood dreams were made of.  Rather, they were like harvested fields abandoned in late autumn, with only morsels of seeds haphazardly scattered and exposed to the elements.  Their harsh realities for replanting those meagre grains of hope was their existence.

The Sparrow's story is as common as her species, but unique in ways that  made her special.  Surrounded by a place where grey absorbed the offering of vibrant shades of empowerment, her presence was always felt by the others.   It was just something inside her soul that ached to be revealed.  Something she was born with.  Something left over from the goodness of her childhood dreams.

As much as her life script included ongoing chapters of abuse, heartache, worry and fear,  as much as her own story continued to take her down gravel roads that often led to abandoned images of "what may be....." this Sparrow's presence consoled others.  Without words.  Without brashness.  From the strength of her convictions.  She was born from God's hands.  Her winged presence had God's touch in them as did her inherent awareness of the burdens of her flock.  Sensitivity, so bright and light that it emanated from her like the breath taken from a pastoral valley.  Anyone who touched the down of her feathers, or felt the fluttering of her energy were impacted by God's touch.  From a flock of ordinary sparrows rose one who was blessed with the travails of being the keeper, the consoler, the one with intuitive wisdom.  This was her holy destiny.

Some nights when the nests were quiet with sleeping birds, a resonating distress was felt by the Sparrow, keeping her awake long past the peak of the moon.  Her heightened senses absorbed the restless fluster of the flock and mixed in with her own nest of worries.  As humility was always at the core of her empathic being, she believed that her worries could be fixed if only she could help the others.  Love thy neighbour.  When the nights were so loud with despair, confusion and fluster, she would fly down from her cupola without a peep and visit the entrance of every nest along the trouble street to say a silent prayer for the families.  Healing, hope and help.  The word of God spoken by a Sparrow.

God, I put my faith in You
To guide me to help my flock
Who need our love and support in this difficult life we are living
Who will awake with hope in their hearts
To embrace the grace of a new day.
Thank you God for your presence and blessings.

Despite her own fatigue, the Sparrow continued to watch and pray for all.  She may not have realized, however the depth of their constant brokenness and how it impacted her......how it mixed with her own buried depression. She remained driven to be the one to lift them back up to the bluesky lightness of past dawns.  In the mornings, she could see flickers of change in their personal hopes.  She would hear them awaken the Valley with their song, like a choral choir under the awning of a cathedral. But each day was weighed down by the harsh realities of survival. Embers striving to maintain its presence.

Something happened on a cold winter day.  It wasn't flashy.  No one really noticed right away.  Drudgery crept in with a fog that shrouded the community like a leftover November Day.  Life began to feel the same all the time.  Greys swept colour away.  Prayers were left hanging on hooks, unheard, unfelt by the flock. A murmuring of once vibrant wings, was all that could be conjured.  Then, God's Sparrow stopped reaching out.  Instead, she wrapped her wings around her tired body and sunk into her own spiral of despair.

She tried to seek help.  It wasn't enough. She tried to put on a brave outward stance.    It only left her feeling alone.  She tried to push through the depression, as she had done before.  It enveloped her.  She tried to stop the incessant thoughts of suicide by never speaking of it. Her inner script won her over as the way out.  Suicide.  Quietly smoldering in the dying embers. In a way,  the plan to die became rationalized as normal and purposeful.  It made sense in her exhausted mind.  Nothing else mattered. Consequences were so far removed from the bleakness of her being.

Everyone remembers the day the Sparrow disappeared.  When too much time had passed and there was no sign of her, the flock began to flutter and worry.  Where was she?  It wasn't like her to be gone so long......... Where was she? The larger bird community organized a search.  Word spread up and down the Valley, on both sides of the river for the need to find God's Sparrow.  Questions filled the air....  Why hadn't we noticed that perhaps she wasn't well?  Had she flown away?  They began flirting with truth.....danger, violence perhaps, too absorbed to see the signs......responsibilities of protecting God's Sparrow lay like strips of discarded twine wrapped around a branch.

She left a goodbye note....its contents only known by the Sparrows who lived in her nest.  There was no indication of how or where she lay down to die.  But it left no doubt that the Sparrow implemented her plan.   Many gathered at a memorial service and shared their grief and their stories.....this is where they all learned about God's Sparrow's movements at night and the prayers of healing she left at each sleeping nest.  It was where they fuelled their guilt and grief by recognizing the importance of her in their daily lives.......

A few months later, as the ice melted along the river shoreline, her lifeless body was found.  Not far from the community she loved and supported.  Providential.  Fallen.  Her soul surrounded by the light of God.  Her actions of love and healing continue to be touchstones to many of her flock to this day.

Miles to go before I sleep. 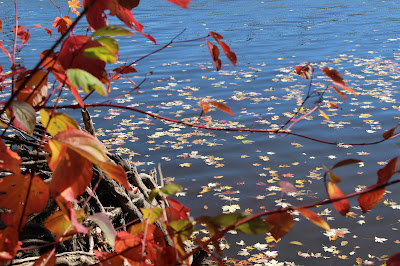 There's always a space after a promise that has yet to come to fruition. It is filled with the breath of apprehension and a discerning suspension of belief and disbelief.  Before the redeeming of the promise, we can be hopeful or resigned...... we can obey or disobey.  Like jumping out of a plane with a parachute that someone has promised will open at the right time.

In the meantime.....you're caught in a time gap that is making you plummet to the ground.  How do you remain hopeful rather than get lost in dread?  How do you keep calm and confident that the promise of a safe landing is going to happen? The parachute will open right?  You promised.

Life's tensions, between a promise made and a promise kept, is where people of Faith find themselves living.  Sometimes, this space is minor. A hop and a skip and you land on your feet.  Sometimes though, this space is as large as the Milky Way.  A promise and the waiting in the gap may all be that our lives provide us.  We may never see the redemption side of the promise.  This is often what draws us away from believing in the mystery and magic of God's promises. Doubt draws circles around the heightened expectations of hope. That niggly sense of disbelief creeps in through a crack.  The space remains a large crevasse......with no way of seeing the other side of it.  Is this what is termed as "Blind faith?"

The way I see it?  It's all good.  The struggle, the promise, the swaying on the suspension of belief and disbelief, the choice between obeying and disobeying, the blindness ........ it's all good because this is what fuels our challenging questions. This is what makes us breathe curiosity!  This is what draws us out of our inherent sleepy slothness to punch our way to a deeper awareness and belief. There may be evidence one day.  Faith, as it stands alone is believing in the evidence before it arrives.

A lot of promises fall off the apple cart.  Some even stay on the apple tree and hang on beyond harvest until it finally drops to the ground bruised and mushy only to absorb into the nutrients for next year's germinal bits of Faith.  It doesn't matter.  What matters is that we continue to make the promises in order to dwell in the learning that happens during our time suspended in that zone.

No doubt it feels good when a promise is kept, especially the ones we fashion for ourselves.  Promises are goal drivers.  But the thrill is always in the space where we explore the tenuous landing.   The key to riding this tension is to remember that we are all doing the best we can do at any given moment, and that hope is the salve for remaining patient.

........and then of course there's that big concept called Trust........ in difficult times, trusting in the unfolding universe can be almost impossible, especially when we feel no power or control in how a "promise" is played out.  That's the time when its best to pray.  I'm praying a lot these days. 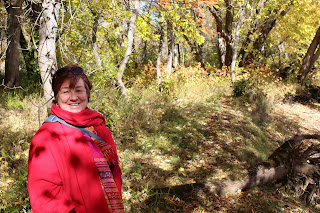 Posted by awareness at 2:37 am No comments: