pressed flowers and other revealing things 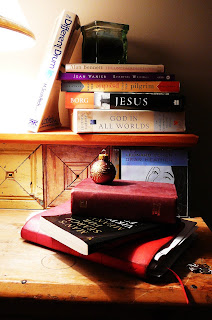 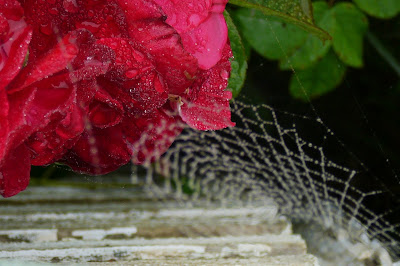 "The Mystery never leaves you alone.
Behind your image,
below your words,
above your thoughts,
the silence of another world waits.
A world lives within you."
John O'Donohue

For the first time in 6 years, none of my sauntering sojourn was captured in words published on this blog.  My writing flow slowed right down to leaky faucet drops. I have about 50 half written pieces sitting in my blog drafts.  I'd make attempts to turn on the tap, but the well seemed to dry out very quickly.  At first it stunned me.... made me jittery uncomfortable.  Alone.  Afraid that writing was just a phase.

Settling into that comfort zone where the pictures and prose magically danced inside my head no longer was an option I could turn to.  It felt like I had said all that I wanted to......... all I needed to and that anything more was just going to be a repeat.  Topics would float happily through my thought process and dance their way right down the drain along with my attention.  Along with my interest.  It was a mystery.  Until one day........ my inner voice nudged me into another direction.  The fear of never writing again left me once I listened to that voice..... and followed it's advice.

I began to revisit the pieces I had posted here over the course of the past two years.  It was time.  Time to assess it, absorb it, criticize it, enjoy it.  It was time to read rather than write. My energy had altered. I began peering into the world within captured during a time in my life comparable to a field of fireworks unpredictably exploding in a multitude of loud bangs, streams of teary sparklights tumbling down and bright flashes of expressive colour!

Healing, taking risks, learning to cope while growing as "a work in progress" human being, along with the sunrise of new perspectives were the gifts that fed my courage to look at what I had created. The place "behind your image, below your words...." is where truthfulness of revealed reflections dwells.  You can't "go there" until you're ready.

It was so interesting when the little bell tingled to inform me that for some reason I WAS ready to tackle the review because it felt like it had come out of the blue.  I began by culling through the myriad of posts, turning them into documents so I could have a printed copy in my hands.  Without a true plan in place, I started filtering through the pieces, wondering where these written words of mine would take me and where the heck they all came from!!!

At the same time, also out of the blue, I was offered a little cottage to use at my leisure.  I couldn't believe it!  For a year or so, I've been openly expressing that I would love to have a place to go that was quiet to write without interuptions or responsibilities.  When the offer came from a new friend I have met this past year through attending church and getting involved in some community work,  I knew instantly that this unbelievable gift was no coincidence.  It was a prayer answered.  I'm convinced of it.  And so, my reading began on a porch that overlooked a wild grassy field and  the mouth of a beautiful river in the silence I had longed for.

After the sun set with spectacular glory, I continued to sit until the stars gathered and the fireflies glitter-danced just above the darkened field.  It was then that the poetic pictures in my head returned.  It was then that a thematic structure appeared to me that my separate writing pieces could naturally fall into a collective meaning.  I had the found the golden thread to weave with.

Many of the pieces that I think are worth tweaking and sculpting were much more revealing and personally raw than I realized as I was writing and posting.  Some of it was quite tough to read.... to acknowledge that even the poetry and stories I had thought I had created as fiction from my imagination were littered with bits of me.  Gut kicking loud.  Reassuring too.... because it has shown me just how much I've learned....how far I've travelled.

As I read, I realized that writing was my saving grace...... my breath,  my crutch, my teacher, my therapist. My trusty loving companion that never rejected nor unloved me.  It still is. I wouldn't be as whole now (with a variety of life kicking nicks visible both on and under the surface of my skin)  if I hadn't been churning it out day after day for 6 years.  Thank God.

This part of the process continues in a pace slower than I would have predicted.  Silent in between time is needed to creatively digest.  That little voice informs me with the same little knock when its time to put the folder of raw writing aside and focus on outer landscape trips.  I've been on quite a few of those this summer to.

Today, I visited my blog in search of a link to a John O'Donohue talk I thought I had posted a couple of years ago.  I never did find it, but I did find a few quotes and gems from him.  While I was skipping through this online place of mine, I felt a strange sense of maternal coziness I had missed.  I knew I had been gone from here too long.... it was time to begin and end a piece..... it was time to click on publish again to connect with YOU.